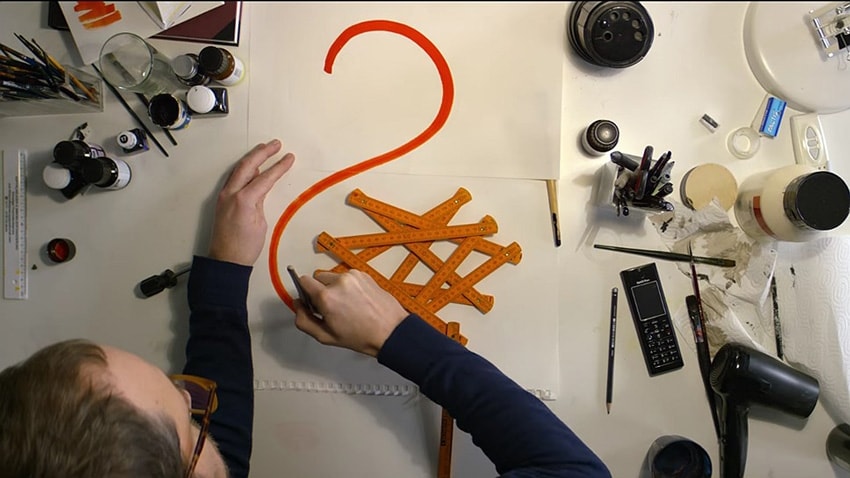 Do you want to expand your horizons in the field of design very easily and excitingly?

In this case, documentaries will be great helpers. In addition, after watching the films you will have tremendous inspiration, thanks to the observation of the work and success of the designers. We selected films that cover various topics - advertising, typography, etc. 1. "The genius of design." The film was released in 2009 in the United States. Its duration is 48 minutes (only five episodes). The theme of this film is dedicated to all those who are constantly engaged in the improvement of various products. This applies to the content and form of the product. The main goal, at the same time, is to achieve their maximum harmony. The field of design and industrial production are directly related. Therefore, there is not a single area where the design does not take its roots. Industrial development is precisely the period when such thoughts have become particularly relevant. 2. "Why does man create?" The issue dates back to 1968 in the United States. The film lasts only 25 minutes. This film is short, animated, documentary. He tells of creative nature. The film focuses on the creative processes, approaches and decisions that were made in such a process. The beginning of the film comes from hunting people since ancient times. From the very beginning, these people use stones in their work. Over time, they come to understand the futility of this method and they are taken for the manufacture of spears. The work contains the answer to the logical question - why does a person create? There is a division into several stages. People of those times are sincerely glad of their exploits, successful hunting. They wanted to capture all this. From here comes the beginning of cave painting. After that, houses are built, means of transportation, and so on until modern times. In such a short film, the dynamics of the development of people's creativity is visible. 3. "Design thinking." The film was released in 2012 in Taiwan. Duration is 74 minutes. The film considers design thinking, which reveals in detail the views of designers and businessmen on the trends of the 21st century. The main idea of ​​the work is changes in thinking and changes in general. You should not stand still, you need to move forward. This also applies to the field of design. 4. "Helvetica." The film was released in 2007 in the United States. Its duration is 80 minutes. The main theme of the film is visual culture, graphic design, typography. The work examines the concept of the effect of the font on life. The film explores the urban space, as well as the fonts that fill it. In addition, there are conversations with very famous designers around the world. We are talking about their work results, the creative process. This film makes us look differently at the words that we observe daily. They are the components of design, graphics, advertising. 5. "The Incarnation." The film was released in 2009 in the United States. Duration - 75 minutes. This work is documentary. It talks about the complexity of relationships with people who design mass-produced products. It shows a creative approach to the production of various things. Thanks to interviews and documentary filming, the processes of creating objects by designers that we use in everyday life are shown. 6. "PressPausePlay". Year of release of the film - 2011, country - USA, duration - 80 minutes. The film is about the digital revolution and its huge impact on human life. Here we consider the question of what exactly this trend will lead to. The film considers the main hopes placed on digital culture and fears. 7. "Milton Grazer: inform and delight." The movie was released in 2008 in the United States, its duration is 73 minutes. Milton Grazer is a famous American graphic designer. He is truly great. The film examines his field of activity (logos, designs of magazines, newspapers, etc.). It is very interesting to look at the daily life of such a creative person. The work captures the humanity, creativity, kindness of the designer.

8. "Artists signage." Release Date - 2013 The film is from the USA. Its duration is 120 minutes. From the name of the film, it becomes clear that the plot is about signs. Indeed, in fact, we see them daily, and rarely pay attention. Once upon a time, the results of an artist’s work were considered commonplace. The film focuses on the fact that such an activity is highly specialized, requires certain knowledge, skills, and experience. The work explores important points in this direction through interviews with talented artists. After watching this masterpiece of cinema, we can conclude that it is necessary to maintain a balance between commerce and art. 9. "The Universe of Kit Haring." The film was created in 2008 in the United States. Duration - 90 minutes. The work shows the life of Keith Haring - footage from the archive, very interesting interviews with his colleagues and friends. A vivid example is shown of how he achieved his success by opening a store called Pop Shop in 1986. Remarkably, it still works as an online store. The assortment of the store is quite diverse. Most importantly, the products depict the work of Haring. 10. "Cool school." It was released in 2008 in the United States, lasting 86 minutes. The documentary is very interesting and easy. The plot shows the art of the city of Los Angeles in the 50s. Attention is drawn to the gallery "Wild", which was opened in 1957. It constantly hosted exhibitions of famous talents of the city. 11. "Abstraction: the art of design." The series was released in 2017 in the United States. Duration - 45 minutes (8 episodes). The film deals with design themes. In each series of viewers, an interesting story awaits one of the iconic designers around the world. They will share inspiring thoughts, their practices and invaluable experience. The series reveals the current state of design and its directions. The series is very witty and educational. It is easy to understand due to the fact that the interview is taken in a relaxed atmosphere (at home, on a walk, in the studio). Everyone will learn something useful from this fascinating film. 12. "Urbanized." Translated as "Urbanized." The film was released in 2011 in the United States. Its duration is 85 minutes. This documentary discusses the current problems of various cities and what affects their development. Questions have been raised about what cities are doing better and what is worse. 13. "Beautiful losers." Year of release - 2008, country - USA. Duration is 90 minutes. The film is about talented young designers. Although they are far from classical art, it influences it anyway. 14. "Art and copy." The film was released in 2009 in the United States. Its duration is 90 minutes. The film is dedicated to inspiration and advertising. It reveals some aspects of advertising and the work of people that indirectly affect our lives. And the most interesting, such people remain, as a rule, invisible. 15. "Citizen architect." The film was released in 2010 in the United States. Duration - 60 minutes. The movie tells the story of the life of Samuel Mokby, a famous architect. He was the ancestor of the Rural Studio program. 16. "The nation of handmeyda." The film appeared in 2009 in the United States. Duration is 90 minutes. Very attractively, the film emphasizes the desire of creative people for the art of handmade. Making things with your own hands is a new and not losing popularity trend in design. 17. "Ai Weiwei: Never Apologize." The film was released in 2012 in the United States. Duration - 91 minutes. It will be in the story of the most famous Chinese artist Ai Weiwei. He became famous for his exhibitions at Tate Modern. In addition, he very openly and vehemently opposed the Chinese authorities. 18. "Bayhouse: the face of the 20th century." 1994 film. Country of issue - United Kingdom. Duration is 50 minutes. The Bauhaus is a higher school of design and architecture, which was founded in 1919. This school has made a huge contribution to the development of modern painting, architecture, design and sculpture. 19. "The designed future." The film was released in 2006 in the United States. Duration - 86 minutes. The movie tells the story of a new and distinctive quality of life from Jacques Fresco. He is a self-taught person who is versed in various fields of science. In fact, Fresco, a multidisciplinary scientist or wagon. 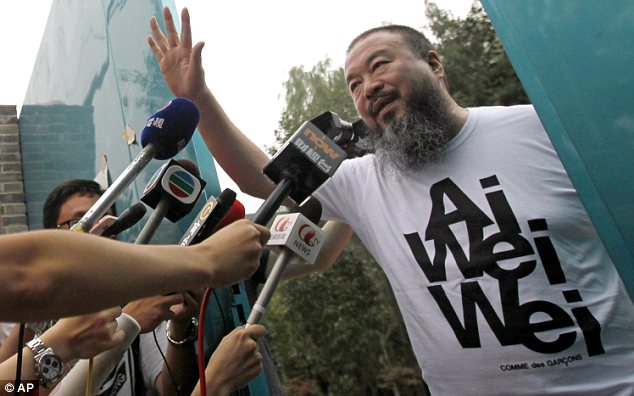 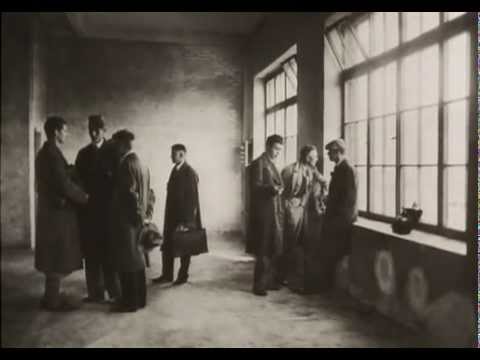 18. "Bayhouse: the face of the 20th century." 1994 film. Country of issue - United Kingdom. Duration is 50 minutes. The Bauhaus is a higher school of design and architecture, which was founded in 1919. This school has made a huge contribution to the development of modern painting, architecture, design and sculpture. 19. "The designed future." The film was released in 2006 in the United States. Duration - 86 minutes. The movie tells the story of a new and distinctive quality of life from Jacques Fresco. He is a self-taught person who is versed in various fields of science. In fact, Fresco, a multidisciplinary scientist or wagon.

20. "Paul Smith: a gentleman and a designer." The film is dated 2012 in the UK. Its duration is 60 minutes. Paul Smith is from Nottingham. The film tells who he is, how he achieved success and became associated with elegant men's fashion. An interesting personal portrait of the designer will surely win the hearts of the audience. 21. "Food Design". The film was released in 2009 in Australia-the Netherlands. The film lasts 51 minutes. The movie tells about people who are involved in the design of food and various dishes. In fact, we don’t even think about how many people try every day to ensure that food products are not only tasty, but also look attractive. 22. "The Spirit of the Time: Appendix." The film was created in 2008 in the USA. Duration - 123 minutes. The film tells about the principles of the US Federal Reserve, the system for creating money in the USA. Here is the identification of the causes of corrupt American society. 23. "Linotype: the film." Created in 2012 in the USA. Duration - 75 minutes. The plot is about the Linotype car. This is such a device that made a splash in the field of printing. Cinema tells about the machine itself and about modern people who are passionate about it. 24. "Buy, throw, buy." Year of release - 2010, countries - France, Spain. Duration is 75 minutes. At first glance, the theme of the film is outdated - endless conflicts between producers and buyers. The whole point is that manufacturers intentionally underestimate the shelf life of products in order for buyers to purchase new products. If this is not done, the business will be unprofitable. 25. The Art of Pank. Year of manufacture - 2013, country - USA. Duration - 22 minutes. The movie is about the Black Flag logo. This group has become a real symbol of punk direction. 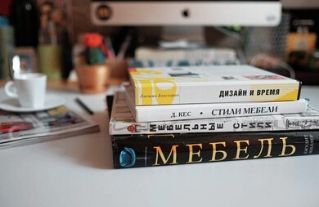 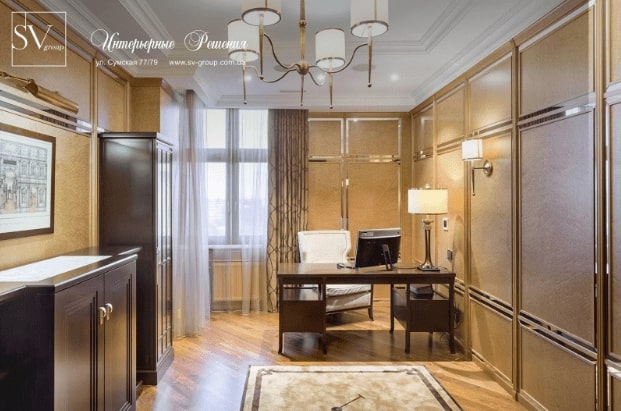 How the wardrobe was created. Part five: finishing with paints and varnishes. 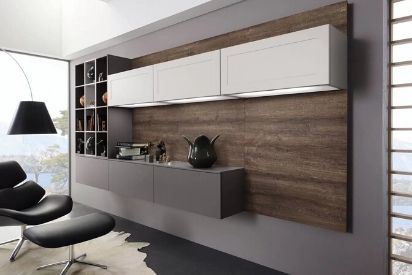 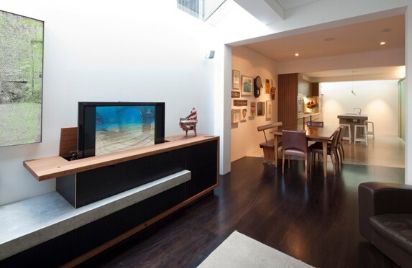 Where to hide the TV: tips and interesting interior solutions 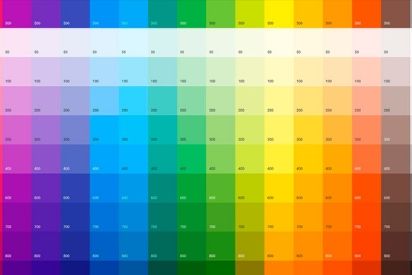